Reflections on experiencing a natural disaster

Sometimes I fantasise about being in an earthquake. Not a big one, just enough to feel the ground shake, to see the earth move for a few seconds. I should be careful what I wish for. Last Sunday I was in the plughole of a proper natural disaster as massive amounts of rain tried to barge its way into our house. It wasn’t any fun. Our house is fine, and other friends have had far worse experiences, but it has knocked me about a bit, and it’s been hard to focus on work.

Re-posted from Campus Morning Mail with permission. Last week I pledged to work for any Australian university for free if they abandoned league tables. So far no university has been bold enough to take up my offer. I am one of many academics who have criticised league tables using science, demonstrating their many statistical flaws and negative consequences. But all this scientific criticism has had no impact. Instead, the number of league tables is growing and so is their influence.

Funding schemes that cost as much as they reward

Johnson & Johnson have a funding scheme for women in STEM. Of course this is a great idea and much needed given the chronic under-representation of women in health and medical research, which was confirmed again this week with the latest NHMRC figures. But there’s a huge potential problem with this scheme: the success rate is under 1%. The last round had 650 applications and 6 awarded. Given this incredibly low success rate, this scheme could be costing as much as it rewards.

A year without p-values

One year ago after another stupid fight with a journal about p-values, I made a pledge to go without them for a year. Here’s how it went. But first, why? I am aware of the arguments for and against p-values. I have used p-values for a long while and they can be a useful statistic. The reason I ditched them is because almost nobody in health and medical research interprets them correctly, wrongly thinking they reveal the probability that the null hypothesis is true (other misinterpretations are available).

In 1998, the French men’s team won the football World Cup for the first time in their history. For most of the country, even non-football fans, it was a joyous moment and the trigger for a massive national party, especially as the tournament was in France with the final in Paris. At least one Frenchman did not join the party: the rancorous politician Jean Marie Le Pen, who complained that the team was not “French enough,” a cowardly reference to the number of black players in the team. 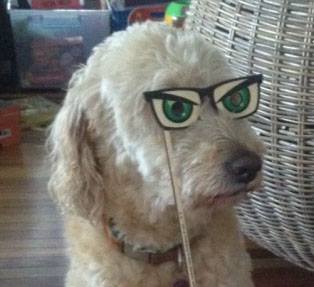